The Difference Between Civil and Criminal Law 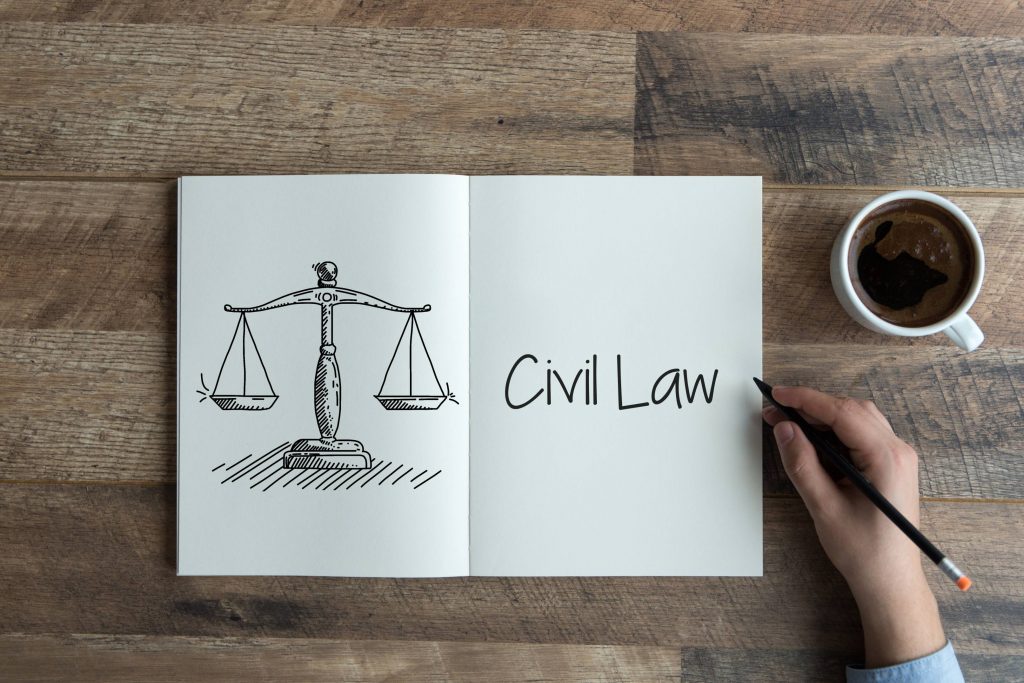 The law is a complex beast; there’s a wide variety of different codes, procedures, and practices, as well as differences between provincial and federal laws. Each court will operate according to its own standards, each judge has their own way of ruling; it can be hard to parse out how each law functions. One simple way of understanding the law more deeply is to appreciate the distinction between civil and criminal law.

Criminal law deals with acts of intentional harm to individuals; it is governed federally by the Criminal Code. Criminal law is of interest because by intentionally or recklessly endangering one individual, the criminal has effectively endangered society; by showing disregard for the health, safety, and well-being of others, the criminal has committed an offense against Canadians at large. This is demonstrable by extrapolating from the criminal’s actions; if all Canadians stole property, for example, property would cease to lose it’s meaning; if all Canadians drove drunk, our roadways would be unsustainably perilous, and we might stop driving altogether. Criminal offenses being deemed harmful to society, it is the figurehead of government, and therefore of Canadian society, who must prosecute; this is why criminal offenses are prosecuted by the Crown, Canada being a constitutional monarchy. Numerous offenses can be considered criminal, so long as they have a deleterious effect on social order; anything from vandalism to murder can be prosecuted.

Civil law, on the other hand, deals with disputes between private parties; misunderstandings that are not intentional, as well as acts of negligence. These are not deemed problematic for society at large, but rather as disputes between two potentially well-meaning actors. Civil law is the domain of contract law; two parties might dispute exactly what their responsibilities are under a contract, or argue over breach of contract, and seek compensation for lost money or work. Negligence occurs when one fails to exercise a degree of caution that could be expected from a reasonable individual; someone slipping on ice walking up your sidewalk is a problem that could have been avoided, but that wasn’t an intentional harm. Family law, including divorce settlements and spousal support, also falls under the domain of civil law. These cases are brought forth by a plaintiff, who takes up the case against a defendant; the Crown is not involved, though government agencies could be defendants or plaintiffs.

The burden of proof for civil law and criminal law is different; civil cases work on a balance of probabilities, where if it is more likely the plaintiff should be awarded compensation, they will win the case. Criminal cases work on a much higher standard of proof; the jury or judge must be convinced beyond a reasonable doubt; they must be almost one hundred percent certain that the accused not only committed the crime but intended to commit the crime. The high barrier of proof for the criminal law makes it essential to have an attorney who can properly defend you. Impaired driving is considered reckless, and thus a criminal offense in Canada; an impaired driving defense lawyer is the best way to present a compelling case against the Crown to defend yourself against charges.