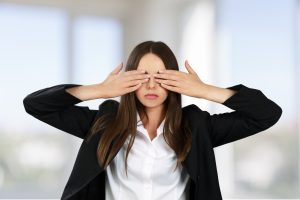 Many of us are familiar with the saying “Justice is blind.” Lady Justice is commonly depicted as wearing a blindfold to illustrate that the law does not favor one party over another. Whether people are victims, suspects, defendants, rich, or poor, they are said to be equal in the eyes of the law. However, the story of David Rosenbaum, a 63-year-old, retired, award-winning journalist for the New York Times who died from the head injury he suffered after getting mugged, suggests otherwise.

Before the firefighters, EMTs, nurses, and doctors who treated him knew that Rosenbaum was a famous journalist, he was just another John Doe to them. As such, they neglected various duties and went through the motions after assuming his condition was due to intoxication rather than a head injury. The firefighters said they smelled booze on him, and relayed that information to the police who told the EMTs. Thus, he was simply another “drunk” whose diminished motor skills were due to intoxication.

When Rosenbaum arrived at the hospital, it was assumed that he needed to sleep it off, which was why none of the required intake assessments were performed. By the time the doctors realized Rosenbaum’s symptoms were due to a neurological injury, and not to intoxication, as everyone had assumed, eight hours had passed since the EMTs evaluated him. Unfortunately, a blood clot caused Rosenbaum’s brain to swell, and he died the following day. Once people realized that the victim was a well-known journalist, rather than a nameless drunk, newspaper stories and investigations into Rosenbaum’s death were launched.

This example demonstrates that we are not as objective as we would like to think when assessing victims after crimes have been committed. No matter how many times we have been told not to judge a book by its cover, we do exactly that by quickly jumping to conclusions after receiving very little evidence. This causes us to become overconfident in our conclusions, despite the lack of evidence we base those conclusions upon.

The most significant factor that caused everyone to immediately brandish Rosenbaum as just another drunk may have been the vomit on his jacket. The disgust people felt about his personal appearance may have caused them to keep their distance from Rosenbaum and make moral judgments about him. Those judgments likely resulted in his being labeled a drunk and thus unworthy of the same treatment a victim who was an upstanding member of society would have been afforded.

What happened to Rosenbaum could happen to you or I. The labels we receive as victims follow us throughout all of our dealings with the criminal justice system. To make matters worse, those labels are hard to remove once people get branded with them. Therefore, we shouldn’t be so quick to jump to conclusions about others, even though they are jumping to conclusions about us.