The Importance Of The ‘Last Drink’ Defense 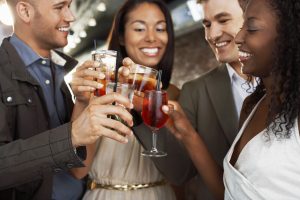 If you have been incarcerated for driving under the influence, your first step has probably been to seek the counsel of an experienced criminal lawyer. There are a number of defenses that you and your lawyer may consider when mapping out your case in order to lower or eliminate the charges brought against you. One of the defense options that you may be considering is the ‘last drink defence’, which is also known as BOLUS drinking or rising alcohol defense. This defense can be used in situations where the BAC measured at the police station is in line with a BAC reading of under the legal limit during driving. Essentially, what this defense means is that your blood alcohol level was still rising at the time you were driving, and is reading higher at the time of your blood sample from the police station than it would have been at the time of your incarceration. The defense itself hinges on the accuracy of a DUI breath test, as well as the technical way in which alcohol enters the bloodstream.

A prosecutor for your case may present a certificate of analysis stating your blood alcohol readings, which are presumed to be what your BAC was at the time you were driving. However, this is actually an inaccurate assumption. When one drinks alcohol, that alcohol then enters the stomach, where it remains for some time before being absorbed into the stomach and entering the bloodstream impairing the drinker. The time that it takes the stomach to absorb the alcohol, allowing it to enter the bloodstream, varies between individuals, and is based on a number of additional factors, including any food eaten and the amount of alcohol consumed.

Still, there are only a few situations in which this defense becomes truly important. For instance, if the breath test was administered nearly an hour after driving, or if the driver consumed a certain amount of alcohol quickly before getting behind the wheel. Nearly all situations in which the Last Drink Defense can be called upon require a BAC reading that is just over the legal limit. In the event that the Last Drink Defense is brought to the table, an expert will be required to estimate what the blood alcohol content would have been at the time of driving. This will be based on evidence of what the driver had to drink before driving, and the given BAC level at the time the breathalyzer or blood sample was taken. This estimate must also be in line with the breath test, and the resulting BAC level must still be less than 80mg of alcohol in 100mg of blood.

When you or a loved one is being faced with a DUI charge, it is imperative that you understand your legal options. By hiring the right professional DUI lawyer in Winnipeg, you could hope to lower or even eliminate the charges against you. Your lawyer will be able to walk you through the legal process involved with your particular case, while helping you to understand your legal options and build your best case. While each case is different, it’s important to understand the various legal defenses that are available to you, including the Last Drink or BOLUS defense.