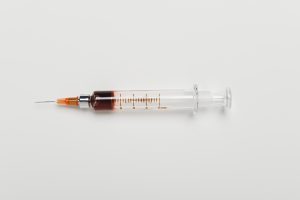 It is both dangerous and against the law to drive any vehicle while under the influence of drugs or alcohol. Manitoba has strict laws against operating any motor vehicle, vessel, aircraft, or railway equipment while impaired by drug or alcohol consumption. In Canada, Manitoba continues to operate under some of the toughest penalties for impaired driving. Consequences for driving under the influence of drugs or alcohol range from fines and license suspensions to vehicle impoundments and jail time.

In Manitoba, those who are found to be driving impaired face additional charges for Criminal Code offenses. These offenses include driving while impaired, driving with a BAC level over 0.08, impaired driving which leads to bodily harm or death, and refusing breathalyzers, blood samples, physical coordination tests, or drug recognition evaluations upon police request. In addition to immediate roadside suspension, conviction of an impaired driving-related Criminal Code offenses can include penalties such as:

If you are arrested for driving under the influence, police will be authorized to have medical personnel extract blood in situations where a breath sample is impractical. Normally, this will occur when a motorist is involved in an accident and has been taken to the hospital to medical treatment. If it would, in the medical opinion of a doctor, endanger your health or life to take a blood sample, the police will be unable to take such a sample. The police often overlook the fact that a suspect is entitled to their rights as guaranteed by Section 10 of the Canadian Charter of Rights and Freedoms, even when in the hospital. Police must also have reasonable and probable grounds to believe that the suspect in question has been operating a motor vehicle while impaired in the 3 hours prior to their blood sample.

The police may seek a warrant to obtain a blood sample in the event that a suspect is unable to consent to the sample being taken. In such cases, the police must have reasonable grounds to believe that the individual in question was operating a motor vehicle under the influence of drugs or alcohol in the preceding four hours. In many cases, it can take months for the results to come back from a lab, meaning that a suspect could be charged with a DUI, rather than being charged with driving over the legal limit.

More than 2 years ago, Canada’s Supreme Court reaffirmed the importance of being able to call a lawyer before submitting to a process leading to blood samples being seized by the state. The court ruled that a person who is hospitalized and receiving medical treatment is not free of Section 10 of the Charter. In any case, police need to provide rights to counsel and make reasonable attempts to do so. When it comes to taking blood samples at a hospital, there are numerous cases of police not following proper procedure. In many of these cases, police state that they did not want to interfere with the suspect’s treatment in order to allow him to call a lawyer, and took a blood sample from him in the meantime. An individual who is under suspicion for driving under the influence should not be forced to choose between protecting their rights and their medical treatment.

It’s important to be able to contact your lawyer in the event that you are faced with a DUI or impaired driving charge. A blood sample is one of the key factors that a prosecutor will use to prove an individual guilty in court. However, if your blood sample was not properly obtained, a skilled criminal defense attorney may be able to have it omitted from your case as a violation of your legal rights. To learn more about your legal rights when it comes to breath and blood samples, speak to a criminal defense attorney in your area.