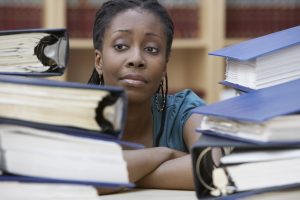 With any court case or criminal charge, it is imperative that you know your legal rights. The best way to make sure that you are receiving all of these rights, and to give yourself a fair shot at a positive outcome for your case, is to call upon the aid of an experienced criminal defense lawyer. In DUI cases alone, there are a number of quirks that could contribute to increased or decreased consequences. In many cases, several individuals faced with the same DUI charge may receive different outcomes to their case based on a number of additional factors or ‘quirks’.

For instance, there are cases in which your DUI charge may come with additional consequences, ranging from Indictable offences to increased license suspension. In Canada, an indictable offence (which is similar to a US felony) for a DUI charge is most commonly one in which the impaired driver has caused bodily harm or death to another person.

If you have been charged with a DUI and had a child or children under the age of 16 in the vehicle with you, the consequences for your case can be increased. You may be subject to additional fines, time behind bars, and more. Not to mention, this often changes the way a judge and jury view both you and your case.

While there are a number of possible outcomes for each DUI case, with many defendants having additional consequences due to compounding factors, there are also DUI sentencing quirks that may lead to less time behind bars, fewer fines, and a shorter license suspension. Take, for example, the following 3 possible cases, all of which are for DUI and have different outcomes for the defendant.

The first case is that of a young woman who was pulled over for suspected drinking and driving. The arresting officer observed obvious signs of intoxication upon speaking to the woman. Once pulled over and confronted with a possible charge, the woman proceeded to accost the officer, shouting about knowing her legal rights and not being over the legal limit of intoxication. In this case, the Crown sought 12 months of prohibition and a steep fine, which is exactly what the judge stuck with.

The second case features a middle-aged man, who was a known alcoholic. This particular man had a previous conviction for impaired driving roughly 4 years prior, and in both cases was sited as having been so intoxicated while driving that other motorists were forced to swerve or pull over in order to avoid an accident. However, the man cooperated with the arresting officer and was released. Following his arrest, this man became relatively productive; attempting to sober up and return his life to normal. He sought counseling, participated in a 12 step program, and began to make amends to friends and family. In this instance, the Crown sought a high fine and a 14-month license suspension. The defendant’s lawyer countered with a 12-month suspension, to which the judge agreed with the addition of the high fine.

In the final case, there is another middle-aged man who has been charged with his third DUI in the last 20 years. For this particular case, the Crown chose to proceed by way of subsequent offense, the consequences of which include a minimum of 4 months jail time. The defendant’s DUI lawyer here was able to have the subsequent offense charge withdrawn, leaving the judge open to imposing less jail time than the Crown was asking. In the end, the judge settled on a high fine and a 12-month driving prohibition, which is the minimum sentence for a first-time offender in a DUI case.

Regardless of your particular case, one of the most important things that you can do to increase your chances of a positive outcome for your case is to hire an experienced criminal defense lawyer. Your lawyer will be able to help you navigate the rough legal waters of your case, including potential DUI sentencing quirks that could lead to a better outcome for your particular case.