Learn the Mechanism of DUI Charges in Canada

Whether you are the perpetrator or the victim, inevitable things such as car accidents may happen, and the last thing that you want to end up with is knowing nothing about the law. As they all say, ignorance of the law excuses no one, and whether you like it or not, a charge has to be pressed against you or the other party involved, which is why learning how driving under the influence (DUI) charges in Canada work, can be useful when the situation calls for. Knowing what happens if you get a DUI in Canada and the mechanism of the criminal code of Canada impaired driving penalties, can help you anticipate what the necessary steps are when are presented with the situation. 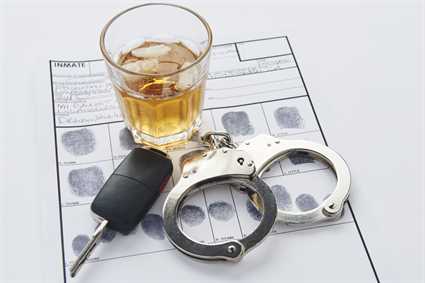 Is a DUI a Criminal Offense in Canada?

If you are wondering if DUI is a criminal offense in Canada, it is, according to the criminal code of Canada for impaired driving penalties for DUI convictions. Many people have little to no knowledge of the DUI charges in Canada, and it is imperative that you know how drunk driving can result in legal consequences so that you can work your way through it in case you get arrested. Additionally, you need to know what happens if you get a DUI in Canada so that you can call a lawyer who can fight for your rights in court and give you legal advice after the arrest has been made.

What Happens if you Get a DUI in Canada?

Once you enter this sort of situation, you have to know what happens if you get a DUI in Canada and how the process of conviction goes so that you will not be further charged for refusal to cooperate. It is okay to travel drunk as long as you are not the driver or if the driver himself/ herself hasn’t taken in any alcohol but it’s another story if you’ve been driving (while traveling) drunk. Naturally, a police officer will conduct common tests like using approved device and instrument demands, field sobriety tests, and many others, and so, you have to cooperate accordingly.

How Do You Navigate Through the Laws Governing DUI Charges In Canada?

Entering into that sort of situation requires a bit of knowledge the laws governing DUI charges in Canada so that you can confirm is DUI is a criminal offense in Canada or not. Canadian regulation upon conviction may vary depending on the severity of the damages sustained by the victim, and by learning how these mechanisms for DUI charges in Canada work can help you (if you are the suspect) strategize to get a lesser degree of punishment from the court. Likewise, victims who know how to navigate through the criminal code of Canada impaired driving penalties can also help in ensuring that the consequences that a convicted person will receive are commensurate.

How Is the Criminal Code of Canada Impaired Driving Penalties and Consequences Regulated?

Aside from having a DUI record in your entry, there are also pending penalties which you may encounter once your offense is convicted in court. In case that your counter pieces of evidence are inadmissible and that inadmissibility of these pieces of evidence remain unchanged, getting a pardon for your offense is the last hope you can get. Hence, avoid getting charged with DUI charges in Canada in the first place by not driving under the influence so that you won’t have to face legal consequences.