Cannabis and the Border 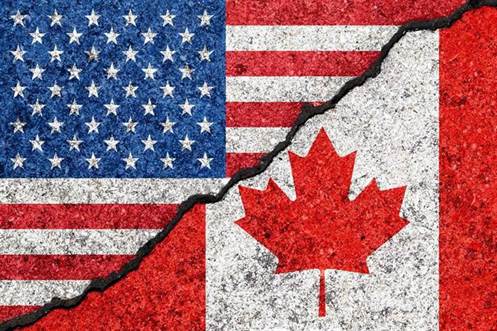 Cannabis was legalized in Canada on October 17th, 2018. Of course, legality isn’t so much a state as it is a framework; there’s a ton of stipulations that come with the legalization of anything, and cannabis is no exception. Since it was legalized, we’ve been discussing the legal ramifications in this blog; we’ve done general overviews, but recently have opted to dive into particular legal issues surrounding cannabis legalization. One of the most important things to understand with cannabis legalization is how it can affect international travel.

A man from New York recently experienced the effects of cannabis on border crossings first hand when he tried to bring cannabis over the Canada-US Border; cannabis is still illegal in the United States, and he’s facing significant legal consequences. It’s important to note that some states have legalized cannabis, but it is still illegal federally, and the United States Federal Government handles border security. That means it’s illegal to carry cannabis over the border, even to a state that’s ostensibly legalized the substance.

Interestingly, it is also illegal to bring cannabis into Canada over an international border, even if the other country or state has legalized cannabis. That means you can’t bring cannabis from Amsterdam to Canada, or from Washington state to British Columbia, even though Canada has legalized marijuana. Over time, it’s possible the legal framework will change, but for the time being, you have to smoke it where you bought it, lest you face trafficking charges.

There may be a future in which the legal infrastructure changes; consider that alcohol can be transported over a lot of borders with relative ease. Of course, if you look at alcohol closely, you’ll see that there are many rules and regulations stipulating the amounts of alcohol you can actually transport, but there is a method of doing so. We’re not nearly there yet with cannabis, and, in fact, things can be much more dire.

You should be aware that you may be asked about your cannabis consumption when you attempt to cross the Canada-US border. Though cannabis is legal in Canada, if you answer that you have indeed consumed cannabis, you may be denied entry to the United States, in the same way, you could be barred if you admitted you’d consumed heroin. Hopefully, this will be remedied in the future, but for the time being it’s important to be aware of the potential international consequences of cannabis consumption.

Should you face legal consequences when trying to transport cannabis over the border, a Winnipeg criminal lawyer will help you form a case in order to defend you against potentially life altering charges. Given the new realm of legality we’re facing as of October 17th, it’s important to have an experienced lawyer who deals with drug-related charges take on your case; they will be able to navigate the new legal waters and help to find the best outcome for you.